skip to main | skip to sidebar

I have created a Wordpress blog in an attempt to up my officiality.

Still being tweaked but it's comprehensive enough...

HERE is the section about Kassettenkopf.
Posted by Mice Hell at 12:04 AM 37 comments:

We live together, we act on, and react to, one another; but always and in all circumstances we are by ourselves.

I make mix-tapes, I make them as strange and confusing as possible – poorly recorded conversations about food and tv and bodily functions, electronic interferences, noises taken out of context, extracts from tape-books, segments from other found tapes (this one embodies the anonymous/collaborative nature of the act – to be complicit, participant, but alone, unknown), and probably more actual songs than I’d care to admit.

I decorate them in an irrelevant or inappropriate way, I write the web address three times – one on each side – I stick them in a little plastic bag and I LEAVE THEM. Send them out into the hostile de-analogised world where hardly anybody even owns a tape deck anymore. While I do this with that strange pride that comes from feeling alone, original, strange, at the heart of the act is a barely-acknowledged desire to reach out, to touch another human being in the way that I have been touched, intentionally or (probably) not, by several other former tape-makers, most of whom have probably since grown up and thrown out all their old cassettes.

A labour of love wasted on an unappriciative stranger – does this belie a shameful faith in humanity, in some kind of “human spirit”?

I just like to fantasise about the reaction of the listener (or, at least, the finder, as I’m not so naive to assume all of the tapes are actually listened to). The more abstract these tapes become, however, the more they seem to be created for me.

Me, myself, Mice – surely I’m the only person who gets a thrill from being able to pick out a conversation behind a hissing wall on a cassette with the volume above 20 and the headphones clamped to my ears.

The near-blank tapes I’ve found myself reward the patient headphoned listener with a cough, a sniff, breathing – somebody moving around the room (WHAT room? These are the things that intrigue me. Where is that room, who is in it, why are they recording but not talking? WHEN am I listening to?).

To find an actual taped conversation would be amazing. The tapes of songs, most of them tasteless crap, are as close as I have managed to come to this, recorded as I assume they were great care and love. So this is what I create, decorate and abandon, a mixture of all these things, pretentious as fuck but actually just for the craic. I abandon them in order that someone will find them, and I wish the someone could be me, finding this bizarrely decorated piece of near-obsolete technology, with the strangest content possible – the conversations, noises, songs, scrapes.

I do it on the assumption – or the perverse hope – that there is someone out there like me. Even just a little bit like me.

And is this proof that my actions undermine my words, my stated belief in my own solitude and singularity?

I don’t need to meet them. I don’t even need proof they exist. I just make tapes for some other me; the ultimate delight would be to find one of my tapes again, in another place.
Self-gratification.
Posted by Mice Hell at 1:50 AM No comments: 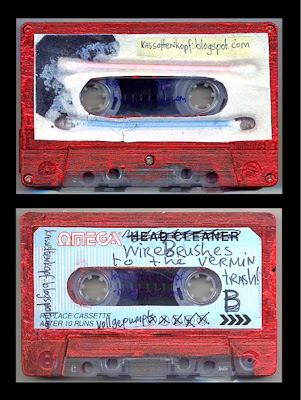 90mins long, type 1 cassette in pale blue tranlucent plastic casing, manufactured by Maxell. Should play in any cassette player but is probably more likely to dirty your heads than cleanse. 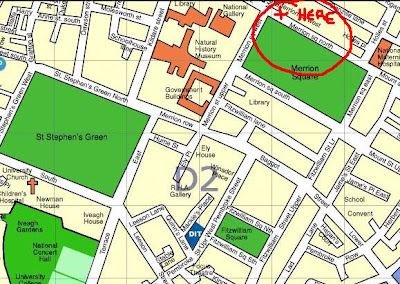 Left sellotaped to railings outside what turns out to be the School of Cosmic Physics, 5 Merrion Square North, at approximately 12.15pm on Wednesday 20th of August, 2008. 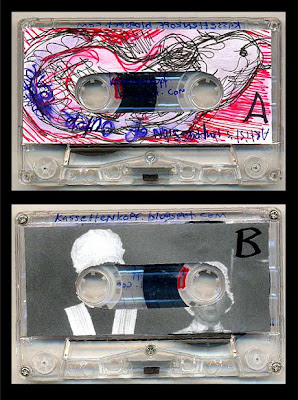 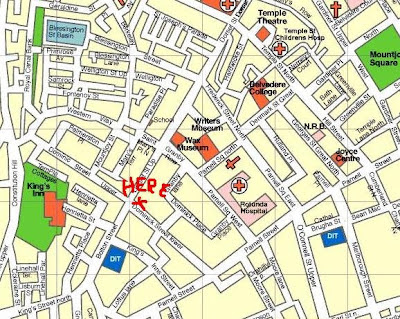 Left on the railings of the big church on Lower Dominic Street, at approximately 1.45pm on Monday 25th of July, 2008.

Tape the Ninth; And God Made The Platypus 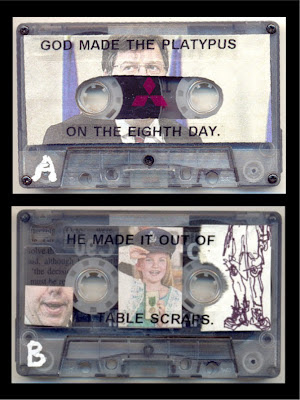 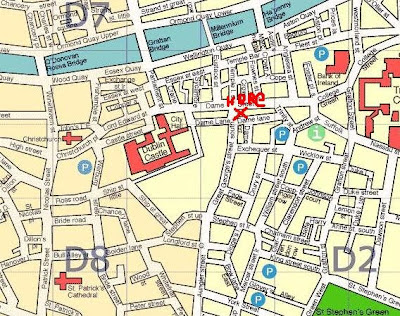 Left on that little grey-blue painted ledge right across from the George on South Great Georges Street, at approximately 12.15pm on Monday 14th of July, 2008.
Posted by Mice Hell at 7:18 PM No comments:

Not technically a Kassettenkopf tape proper, as it differs from the rest of these hopeless cases in that I have a vague I idea who will listen to it (the fact that I have any certainty that it will be listened to also differentiates it). It is "addressed" (and I do actually speak directly to "someone" on this one) to the people/person behind Letter-Box Dublin. 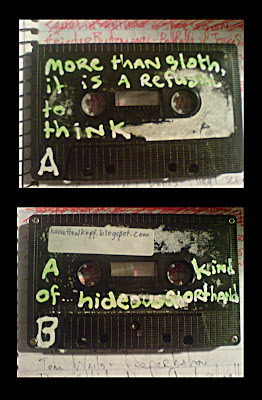 60mins long, type 1 cassette in opaque black plastic casing, manufacturer unknown. Adamov.
Left in the letter box in the little laneway down the side of The George that seems to be called Dame Lane, at approximately 12.00 on Wednesday 10th of July, 2008. 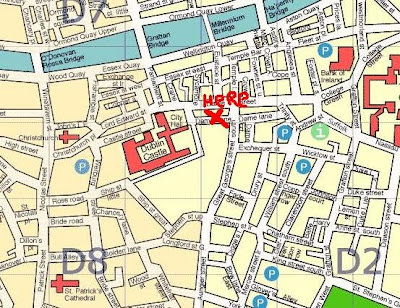 Not in a plastic bank bag; 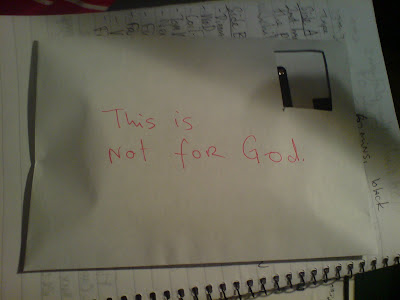 Tape the Eighth; Tit-tape (One is for killin', the other's for fun) 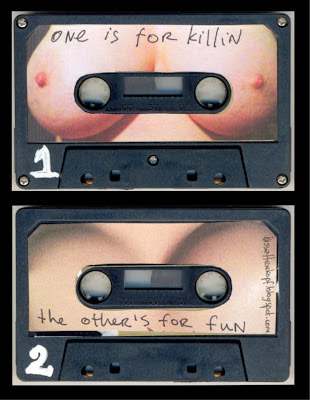 90mins long, type 1 cassette in opaque black plastic casing, manufactured by Crown (yeah, me neither). Should play in any cassette player and is attractively decorated with mammary glands. 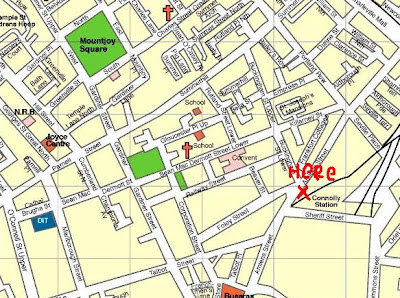 Left on a ledge beside the side-door into Connolly Station on Amiens Street, Dublin 1, at approximately 9.10am on Thursday 12th of June, 2008.

Mice Hell
You get points for using the word "Panopticon".